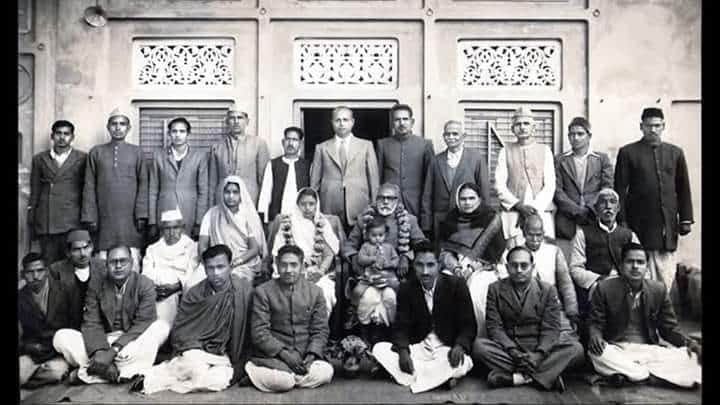 We can classify disciples found in satsangs into three categories. These are preliminary disciples, actual or real disciples and, loving or affectionate disciples.

When a person with simple curiosity in his heart connects with an accomplished guru to learn and know about spiritual practices for his upliftment, he becomes a preliminary disciple. At this early stage, it is unclear whether such a disciple will progress further on the path with courage and determination or lose hope and interest and quit in the middle.

That is why gurus are not entirely invested in them at this early stage and do not share with them all the precious secrets of the spiritual path. If such a disciple quits after some time, the guru remains unconcerned. On the other hand, if he keeps adhering to all his instructions and keeps up with the suggested spiritual practice with true devotion, the guru then opens the doors for his true upliftment.

This preliminary stage separates the deserving from the undeserving and also prepares the disciple for the onward journey by purifying him. In the earlier days, these initial disciples were put through hard tests, made to toil and serve for several years before they were considered worthy of receiving the secrets to spiritual upliftment.

This practice of putting the disciples through long and rigorous tests has been abandoned in the present times. These days every disciple is shown the path and taught the techniques at the initiation. Thereafter, if a particular disciple shows promise and devotion, the gurus accept him and show him the way forward. If not, then the guru also loses interest.

It is impossible to estimate how much time would be spent in this initial stage for any particular disciple. There is no fixed time table or duration for this. Some will be able to win their guru’s trust in only a matter of days or months, whereas others would remain in this stage for several years. It all depends on their sanskaars, ethos, virtues, and emotions.

I spent seven years in this initial stage before I was accepted and considered worthy of receiving real instruction. Even in these seven years, as far as I remember, I never violated any rule and never gave up on the practice that he prescribed. With all my devotion and determination, I continued the practice, never thinking about whether it was benefitting me or not, whether I could concentrate or not, whether I was experiencing joy or not.

With a blind faith, I followed all his directions and have achieved everything just because of that. The duty of the disciple is just that. One should never question his guru, should never leave the prescribed practice, and should always carry forward guru’s instructions dutifully and with full devotion. One should submit to him the good or bad results encountered during the practice and leave oneself totally dependent on him. Only then can one hope to succeed. Otherwise, progress remains doubtful.

The disciples who successfully negotiate this initial stage and prove themselves worthy get advanced to the next grade and are now considered actual or real disciples. The real education begins now.

The guru lays bare all secrets and uplifts the disciple, in whatever way possible, may it be by making the disciple work hard or uplifting him by using his power. The guru is no longer willing to let go of such disciples, never becomes unconcerned or careless about them, and continuously maintains a vigil. He punishes them at times when mistakes are made, is very strict and tough on them, and even publicly insults them sometimes to deflate their pride and ego.

At other times, he shows great affection and always loves them as a father. By putting them through these various experiences, the guru toughens and prepares them, making them worthy of being his devotees. The disciples who remain stable through these periods of trials, the ones who never think of quitting even when the going gets tough, withstand all insults/thrashings, understanding that they are for their benefit, and do not let their love for their guru diminish/ waver, are the ones who can be called true disciples.

We also went through these trials. Countless times we were scolded and turned away, and numerous times we were called inside and asked to sit in close proximity. In both of these situations, malice never made its way into our hearts. The same love and the same unwavering sense of service always remained. My eyes tear up when I remember our blissful existence at that time. Will we ever get to experience that again?

The disciple who tolerates everything, controls his mind, overcomes his pride, and only seeks his guru’s blessings is the true disciple. An unshakable bond forms between him and his guru, a bond that cannot be broken at any time, neither by him nor by the guru. The guru leaves no stone unturned to ensure ultimate success for such disciples.

The ones who are genuinely desirous of progress on this spiritual path should try to become such true disciples. They should get rid of their ego, stand in front of their guru like a humble servant, and always seek his blessings with folded hands.

The people who do not progress to this stage of being true disciples and remain stuck in the initial stage, as initial disciples do not achieve much. The guru and his knowledge elude them. However, since no action goes unrewarded, they will also succeed one day, but no one can say whether it will happen in this life or take several lives for them to be successful.

The description of the same guru remaining associated with a disciple through multiple births does not apply to the disciples in the initial stage. They could have several gurus in this lifetime as well as in their future lives to follow.

Some of the disciples in the second stage or the true disciples advance further and become loved disciples. They are very rare, only one or two in millions. They develop immense love for their guru and are drawn to him like a moth to a lamp.

Always longing for a glimpse of their guru, they are ever ready to completely relinquish their body, mind, wealth, and everything else in the service of their guru. They do not identify with anyone else in this world but their guru and are always drawn to him. They become detached from all their worldly trappings, lose all their desires for worldly success as well as their desire for success in spiritual pursuits.

They completely merge themselves in their guru and are even ready to lay down their lives for him. There is nothing in this world that is unattainable for the devotees who advance to this stage. The state of salvation is right within their grasp, even though they are no longer seeking it because their life is devoid of any desires, and therefore their existence is already free. All the guru’s powers are theirs as well.

The Goals of Sadhana