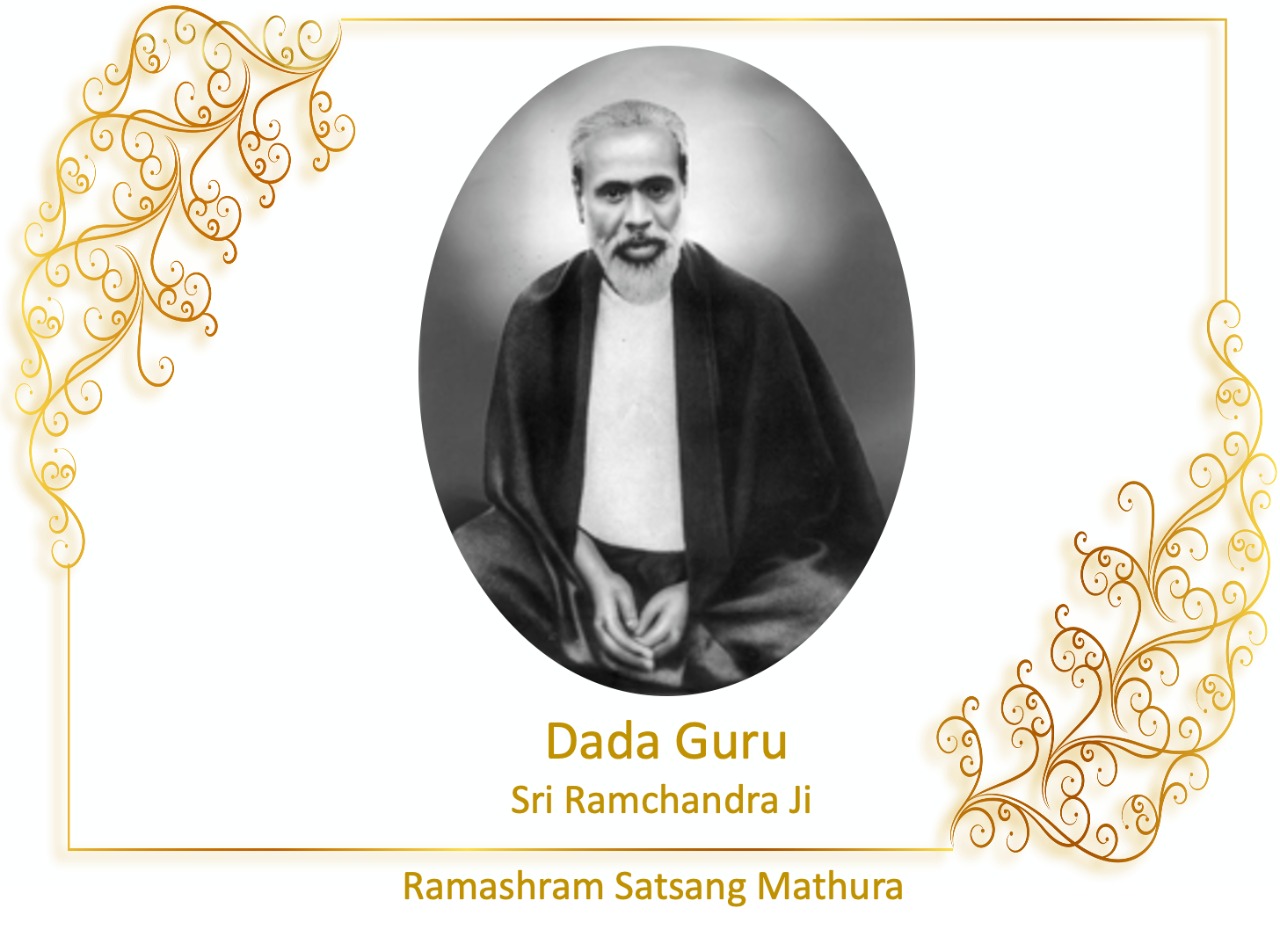 Born on February 2, 1873, which falls on the 5th day of Magh month of Hindu calendar in the north Indian province of Farukhabad. This is celebrated as the day to worship the goddess of knowledge in India and is also known as Rishi Panchami, a sacred day in the Sufi tradition. Shri Ramchandra Ji Maharaj belonged to an era when spiritual reawakening had started in Indian society. True to the spirit of communal harmony of the era, the Guru of Sri Ramchandra Ji Maharaj was Maulana Shah Fazal Ahmed Khan Saheb also called Huzar Ji Maharaj, a Sufi Saint of the highest order.

Shri Ramchandra Ji Maharaj was the first Hindu disciple of his Guru to receive the transmission of spiritual energy (called Tawajjah or Shaktipaat), a secret prevalent among naqshbandi sheikhs, a sufi sect dating back to  the days of Prophet Mohammed.

Born in a family associated with royalty, Shri Ram Chandra Ji Maharaj was an expert in languages particularly English, Urdu, and Persian (the language of royalty in India).  He worked in a Government office in Farrukhabad, India after his father passed away quite early when he was studying.

After receiving spiritual initiation, Maulana Shah Fazal passed on the spiritual torch to Shri Ramchandra Ji Maharaj with complete divine power and instructed him to spread his teachings for the benefit of mankind.

Dada Guru Maharaj as He is fondly called by the followers of Ramashram Satsang Mathura, Shri Ramchandra Ji Maharaj simplified the spiritual process and knowledge that had been marred with rituals and complicated by centuries of distortions and misrepresentations and made the objective of achieving eternal peace attainable for one and all even those bound by the duties of family. He said, “no longer do you need to leave your family and household duties to seek knowledge, truth or peace, in short self realization. It can be accomplished by all irrespective of one’s social status.” He made spiritualism attainable for the masses.

He had several disciples and each disciple continued their Guru’s mission to propagate the message of love and eternal peace in their own way. Guru Maharaj was his treasured disciple. It was to carry forward the wishes of his Guru that our Guru Maharaj Param Sant Dr. Chaturbhuj Sahay Ji established Ramashram Satsang, and named it after his Guru, Mahatma Shri Ramchandra Ji Maharaj.

In 1931 Dada Guru Maharaj personally attended the first spiritual congregation (Bhandara) organized by Guru Maharaj at Etah (a town in the Indian state of Uttar Pradesh), where he used to reside. He supervised it and blessed it.

Jia Maa: The Epitome of Love, Compassion and Selfless Service