Taming the Mind through Faith and Belief

A sequential descent through five layers or koshas has brought the living being to his present state of existence in the annamaya kosha, which pertains to our superficial or physical body. He will have to embark on a return trip and ascend through the same five layers to return and establish himself back in the place where he actually belonged, the home of complete and absolute peace, happiness, and bliss. The goal of all spiritual practices is simply to enable us to complete this upward journey successfully.

The main obstacle encountered in one’s quest for this upward journey is one’s mind. By nature, our mind likes our continued involvement in worldly affairs and resists our efforts to break free from its control. A source of limitless power and influence, our mind becomes a formidable adversary when we decide to embark on this upward journey. Throughout our upward ascent, the mind continually devises new schemes and methods to turn us back and drag us down. The attractions in the form of power, prestige, wealth and attachments, the distractions in the form of unwanted thoughts, the confusion related to the perception of lack of faith and belief, and the hardships of challenging life situations, are all tricks tried by the mind in its effort to dissuade one from progressing upwards.

This tussle between the mind and the living being has been continuing since time immemorial. Sometimes the mind wins, and at other times the living being does, with little progress in either direction. At the end, when the almighty is moved by the living beings’ efforts to break free, and develops a real liking for him, he himself makes arrangements for the living being to connect to a special person. This special person is none other than our Guru. Having successfully battled against his own mind previously, the Guru becomes our all-powerful ally in this tussle. He helps us to overcome the formidable resistance mounted by the mind, and facilitates our ascent back to the source of eternal peace and happiness.Without the Guru’s blessing, without his presence alongside us, it is impossible for us to emerge victorious in this battle with the mind. Success requires that we follow all the instructions and rules laid out by our Guru. The word ‘spiritual practice’ encompasses all the methods and procedures the Guru devises for our upward ascent.

Faith and belief are the two basic prerequisites for the successful initiation of a spiritual practice. The practitioner can only progress if he has faith in the Guru and believes in the practice. Therefore, the first duty of the practitioner is to develop faith in the Guru or the almighty, and develop belief in the practice proposed by the Guru. Until one develops true belief, one should indulge in thoughtful reflection, try to clarify one’s doubts by seeking answers from knowledgeable persons, and try to spend time with people who have had some success on this path. Only when belief firms up should one commence the practice.

The belief found in practitioners is of different types. The first type is found in people with simple hearts. It is similar to the trust a small child has in his parents. Just like small children always believe that whatever their parents tell them is always for their benefit, and follow it without questioning them, the practitioners in this first group believe and follow, without questioning, whatever their Guru tells them. They do not doubt whatever is told to them, and do not apply their own reasoning and thought to it, as they believe unconditionally that whatever their Guru told, would benefit them. Such a simple outlook is beneficial for spiritual practice, one which can bring about real progress.

The second group includes people who are uncomfortable with this blind faith in someone. They argue that God has given them intelligence, and that they are well educated. Until they get proof that what is being said is right, and until it can be reasoned out, they should not accept it. Generally, people in this group are the ones who have acquired some knowledge from books or other means, and have falsely started considering themselves pundits. They are very enamored by their intelligence, and falsely consider themselves experts and supremely knowledgeable. It is difficult for such people to develop true belief, and this becomes a significant impediment in their progress.

All Gurus have had different experiences on their own spiritual journeys. The method described by a Guru may not be found in books and also may not be similar to what is described by others.

Finally the third group of people are the ones who have a well-primed mind and are truly knowledgeable. They can quickly comprehend the merits of an effective practice when they come across one. They understand it’s utility and develop a strong belief in it because they realize the potential of what they are embarking upon.

Out of the three groups of people, the best positioned to progress is the third group that consists of the truly knowledgeable people. The people with simple hearts are second best. People in both these groups can achieve equally rapid progress, though the ones with faith without understanding are at risk of getting influenced by various things that can cause them to get disillusioned which could lead to abandonment of the practice. On the other hand, the knowledgeable people who truly understand the practice’s merit and utility are much less likely to be influenced away from it.

The group consisting of people who argue and question based on partial knowledge, however, have the most difficulty in progressing on this path. They are the ones who require to be in more frequent contact with a Guru so that their doubts and questions can be constantly clarified. Doubt and uncertainty are big obstacles to progress on the spiritual path. 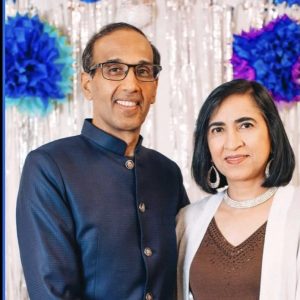 Translated from ‘Hamari Yog Sadhana’ (Our Yogic Practice) written by Guru Maharaj, Dr. Chaturbhuj Sahay Ji. I have described the practice of Yoga as introduced