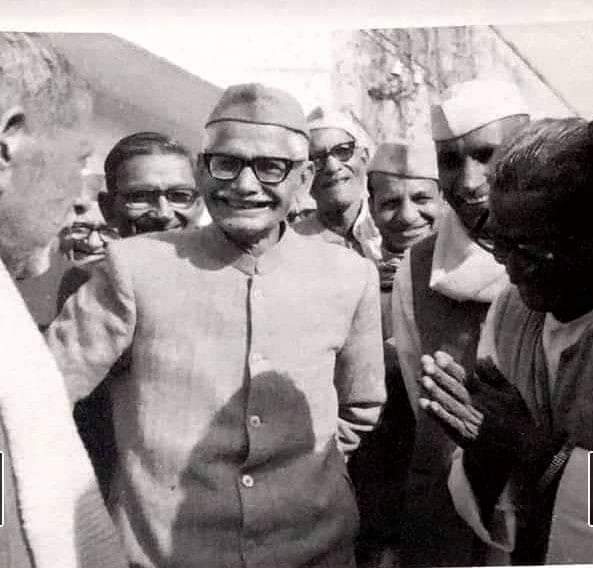 One cannot acquire true spiritual knowledge without attaining the stage of samadhi (total self- collectedness).

Gurudev had a complete understanding of the various samadhis and also possessed the skill of describing them to others in an amazing way. Whenever he sensed that the gathering included appropriately advanced practitioners, and when he was in the right mood, he talked about samadhis and his experiences related to them. Although several books describe the various samadhis encountered on the spiritual path, the complexity of the topic does not lend itself to easy description and comprehension. On many previous occasions, Gurudev had talked at length about samadhis. Everything seemed clear to me at the time of his discourses, but the clarity did not last, and I often used to tell myself that I should write everything down next time Gurudev talks about this topic. Time went by, and such an opportunity did not present itself. It was the year 1956 now. Gurudev’s health was not great this year. While visiting Kolkata he stayed at the Ramakrishna ashram for a few days. It was here where one morning, I found him in an elevated state. I was seated in front of him, and a forest officer was next to me. He said to me, “Panditji, let me explain to you all about samadhis today. Get a piece of paper and a pencil and keep writing what I say, so you don’t forget it later.” How he came to know of my secret wish, is a mystery to me. I wrote down all that Gurudev said about samadhis that day.

Here is what he told us:

“There are only two types of samadhis.
The first kind are the ones that come to the practitioners of Hathayoga by being able to concentrate the life force or vital energy at one spot. The samadhi so acquired is the jada samadhi and only pertains to the pranayama kosh (energy sheath). Its spiritual significance is limited, even though the practitioner may acquire some extraordinary powers.

Then there are samadhis one experiences in the manomaya kosh (mental sheath), vigyanmaya kosh (knowledge sheath), and the anandmaya kosh (bliss body).

These are more advanced than the jada samadhi of the pranayama kosh.

Samadhis of the Manomaya Kosh:

There are three samadhis in the Manomaya Kosh.

Prayer or Upasana pertains to the manomaya kosh. Dhyan and Dharana are the means that enable effective prayer or Upasana. As one advances in Upasana ( Dhyan and Dharana), one loses awareness of self and surroundings but still retains awareness of the focus of one’s concentration or the goal that one imagined when one initiated their practice of focus and concentration. Although the goal is imaginary at this stage, still when the practitioner is able to clearly visualize and experience it, they feel extraordinary joy. There is hope that soon, their practice will culminate successfully and that the vision of the Almighty is just around the corner. Sometimes one also has visions of great saints at this stage. Buoyed by such thoughts and experiences, the practitioner remains exceptionally happy at all times. Scriptures call this the Jagrat samadhi. Out of the three inherent qualities of nature, goodness ( satogun), passion( rajogun), and ignorance/darkness ( tamogun), it is the goodness (satogun) that is dominant in this samadhi. Just like one feels happy and motivated to advance further after learning the first note in music, the practitioners also become poised and motivated to progress further on their spiritual journey, once they attain jagrat samadhi.

In this stage, along with losing awareness of self and surroundings, the practitioners also lose awareness of the imaginary goal they had chosen at the initiation of Dharana and Dhyan ( Upasana). The mind has now advanced past the stage where the imaginary goal was visible. Having quit the only activity that it was engaged in, the mind now has nothing to do. Therefore, it starts an internal projection of dormant subconscious impressions (sanskaras) that represent imprints of past thoughts and actions embedded in the mind. This feels like a ceaseless sequence of dreams to the practitioner, some good and some not so good, some invoking happiness, and some eliciting sorrow. Besieged by endless thoughts which do not cease even for a second, the peace and enjoyment of the preceding jagrat samadhi are nowhere to be found in this stage. The internal commotion and turmoil lead the practitioners to believe that they have regressed. With passion ( rajogun) as the dominant quality, this stage is the swapna samadhi. Despite how it feels, this stage is not that of regression, as the mind is actually progressing to a more quietened state. The practitioner should not cease their efforts here but should continue as directed by their Guru. The swapna samadhi, is the second samadhi of Upasana and manomaya kosh.

In this third samadhi of Upasana or manomaya kosh, ignorance/ inactivity ( tamogun) prevails. There is neither the imaginary goal nor the commotion of thoughts and dreams experienced previously. There is now a state of inactivity and perceived lack of knowledge, similar to deep sleep, which follows the sleep stage associated with dreams. This, however, is not sleep but is a state of deep tranquility of the mind and is nirodhawastha. The mind is now devoid of all activity. Disconnected from all the thoughts that bound it to the world, the mind is now at peace. The practitioners think of this state as a very advanced samadhi and the ultimate achievement and become really elated. But actually, this is only preparation for Yoga or Union. In the yoga sutras, Maharishi Patanjali also describes this state as only a prerequisite to Yoga. This is because the practitioner has only advanced to the vigyanmaya Kosh, where the actual realization of true knowledge will commence. The mind has to quieten completely before such knowledge can be acquired”.

The Importance of Introspection

The Main Qualities Which Endear a Person to God