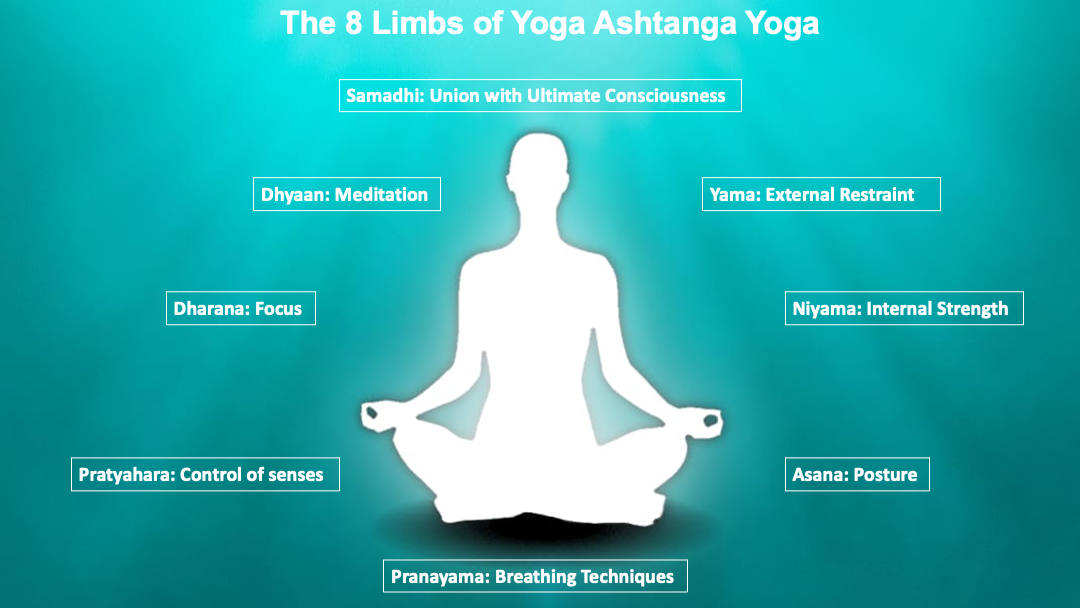 The fifth limb of Yoga as described by Maharishi Patanjali is pratyahara. The attempt to disengage the mind from a line of thought and redirect it is called pratyahara. It can be described as an attempt to focus one’s mind on one thought instead of the continuous, never-ending stream of thoughts that our mind has gotten familiar with.

Our mind has become accustomed to dwelling in the outside world, and it seeks gratification in the experiences the world has to offer. The mind establishes a connection with the senses, which enables it to enjoy the world’s pleasures, and, in time, it becomes entirely consumed by them. It becomes far removed from its inherent nature, the soulful existence, which confers on the mind the wisdom to conduct itself appropriately in the world. To reverse this trend, and to try to disconnect the mind from external indulgences and to reconnect it with one’s inner self, is pratyahara.

Yama, niyama, asana, pranayama and pratyahara are the first five limbs of Yoga as described by Maharishi Patanjali. These first five limbs constitute the outer or external aspect of the yoga path, and the last three are the internal or the inner aspect.

Pratyahara has great importance in the practice of Yoga. Without mastering it, it is difficult to be successful in the subsequent three internal aspects of Yoga. This ability to constantly bring the mind back from wherever it is dwelling is not something one can master in one day. Even with constant practice and even after putting in a great amount of effort, it can take months or years. Due to its inherent nature, our mind constantly tries to remain engaged in whatever the world offers and manages to escape control at the slightest opportunity. One does not even realize when this happens and only later discovers that the mind has ventured miles away from the desired destination. What is then required is pratyahara, an attempt to bring it back to where it should be.

There are two relatively easy paths one can follow in one’s endeavor to be successful in pratyahara.
The first is to gain control of the mind by seeking help from a capable person, and the second is to dissociate oneself from one’s mind, let it go where it wants to go, and wait for it to tire into submission.

If we are lucky and come in contact with a capable person who has complete control over their mind, we can take their help in controlling our mind, because souls have a way of influencing each other. Some persons who have a powerful thought process, whether good or bad, create a sphere of influence around them, and people exposed to that sphere gradually start developing similar qualities. People who have attained a state of deep peace and bliss themselves create a sphere of sublime peace and happiness around them, one that influences everyone who comes in contact with them. The tricks that our mind plays do not succeed when we are in the presence of such peaceful souls and our restless mind is effortlessly tamed. The definition of the word Satsang, being in the presence of goodness, is just that. People who get such an opportunity and find themselves in a position to be influenced in this way, are indeed very fortunate. They can progress quickly and attain in days what otherwise would take years to accomplish.

If one is not so fortunate and does not find someone whose ability can help, there is also a second relatively easy method to calm the mind’s restlessness. We should know that the mind functions only because of the power it derives from the soul. This relationship with the soul not only powers the mind with the ability to function but also ties it to the soul in an unbreakable bond. One can imagine the mind to be an unruly horse tied to an unmovable post by a strong rope. Run as much as it may in different directions, one can feel confident that it will not escape because of the rope that ties it down. After running in different directions, there will come a time when the horse will tire and submit to the master and obey their command. The same principle can be used to gain control of the mind.

Consider yourself the soul or the master, and your mind the unruly horse tied with a strong rope. The horse or your mind will take you places when it is under your control, but first, it needs to be tamed. To accomplish this we need to let our mind do its thing initially. If it wants to dwell in the world, let it do that, and if it wants to look inwards and connect to the soul, do not stop it. You should keep an eye on it and observe it from a distance without trying to stop it or control it actively. You will see that after some time, the restlessness of the mind will start to wane and it will start to show glimpses of peacefulness and poise. Do not stop this process until the mind becomes completely peaceful and at rest. This is also a relatively easy method of perfecting pratyahara.