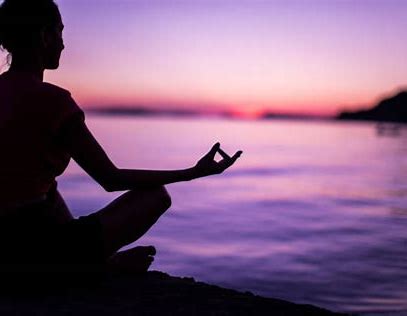 The world is comprised of three inherent tendencies. These are

‘Sat’, which is  goodness and awareness.

‘Raja’ which pertains to passion and desires.

‘Tama’ which  signifies darkness and lethargy.

First, the world came into ‘Karanawastha’ which means – root or causal from the word ‘Karan’.

Then it came into the ‘Sukshm’ state meaning subtle or dormant, which can be felt but not seen.

Thereafter it assumed the ‘Sthool’ state which pertains to the physical form.

The collective consciousness ‘Samashthi‘ manifests in every living being in the form of ‘vyashti’ or the individual. This brings about the thought process that is focused more on the ‘individual’, who is less knowledgeable than the all-knowing, all-pervading ‘collective’ or ‘absolute’. Forsaking this individualistic state or ‘vyashti’, and trying to be one with ‘samashti ‘ or the collective consciousness, is the ultimate goal of ‘Yoga’.

Although the soul with its limitless knowledge and understanding exists in every living being, it is not normally overtly manifested or experienced by us when present in conjunction with the astral body and the physical body. The practice of yoga is nothing but an attempt to enable the individual being, who has consciousness within him but may be ignorant of that, to reach the goal, which is being one with God.

Yoga can enable the individual to get rid of unhappiness and sorrow and achieve bliss by feeling and experiencing the presence of that all-knowledgeable, sublime soul within us.

As mentioned before, the soul, intellect, and physical body exist in every living being. The humans however are different from other living beings as they are endowed with considerably more intellect, and while they are not immune to sufferings, sorrow and unhappiness, they do possess the unique ability to devise methods to alleviate their sufferings.

Out of a total of 8.4 million different life forms which exist in the world, only humans possess the intellect to plan and execute their upliftment. If this process is not undertaken during a human life then the next chance to do so will arrive only after a significant length of time.

When the same mind turns its attention towards the soul it leads to actions that bring about our spiritual upliftment. Yoga seeks a state such that our worldly transactions resemble spiritual growth and vice versa. This is also the state of equilibrium in which actions are performed without the desire for any specific outcome.

Lord Krishna prescribes the same equilibrium in the Bhagwad Gita when he says” Arjun, give up your attachments and perform your actions without worrying about whether they lead to success or failure. This state of equilibrium is yoga and can also be called ‘samaadhi‘ or a superconscious state, which means being absorbed in the object of contemplation.

Yoga is Meditating on the Heart