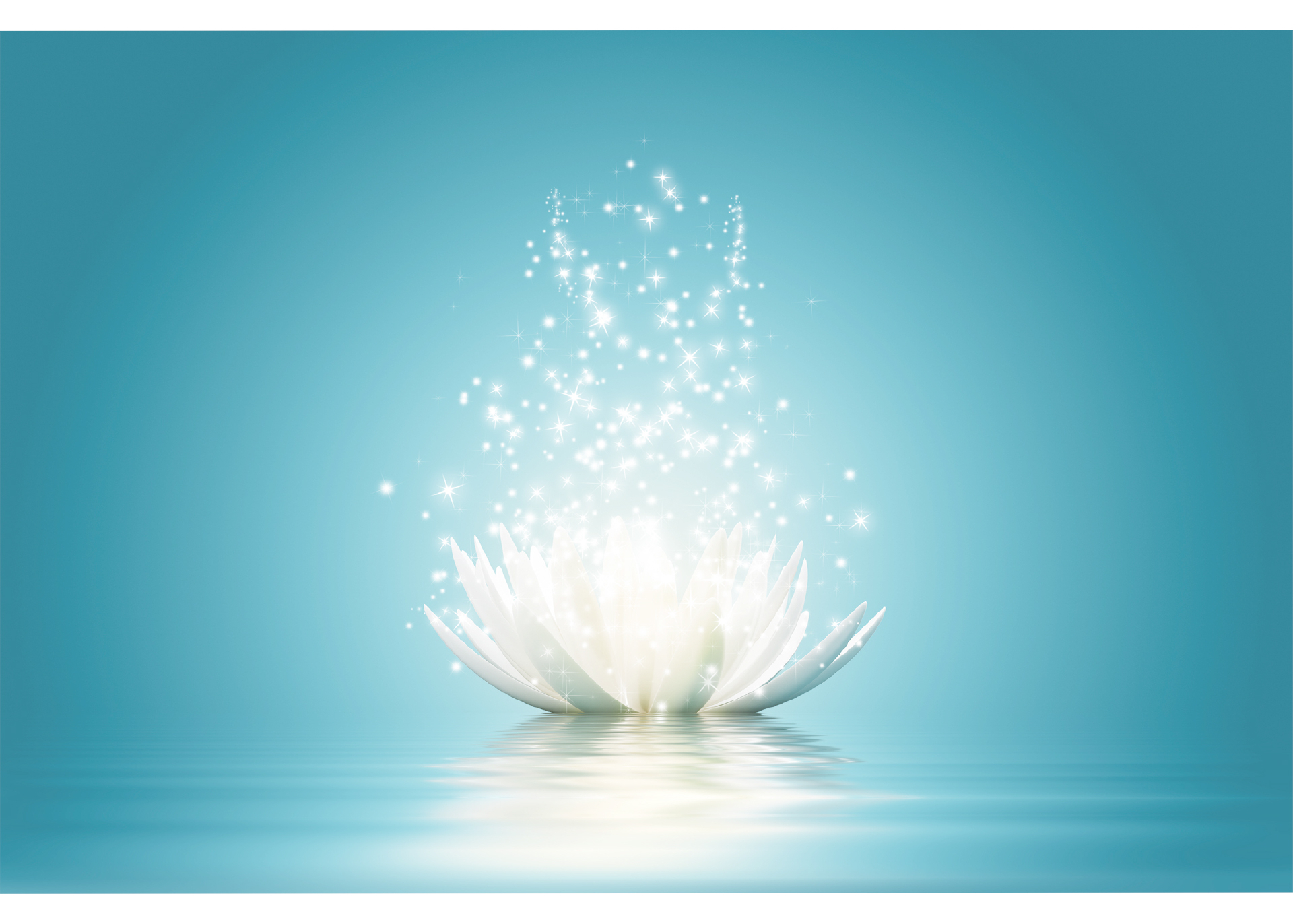 We all possess the power of thoughts which helps us in accomplishing our tasks and goals, whether it is worldly or transcendental. Generally, in the usual state, the power of mind and thought is feeble, however by practicing meditation regularly, we can significantly enhance power of the mind and hence thoughts.

When the mind becomes accustomed to  staying in this state for a longer time, it becomes capable of emitting stronger and better thoughts. We can use these superior powers of mind and thoughts either for our worldly tasks or for our spiritual journey.

Attainment of the divine is only possible when the creature becomes ONE with the creator.  However, this can happen when the creator and creature are in the same state, which is the rule of science. Since the creator or  God is supremely pure, unless we make our inner self completely pure i.e., unless we cleanse our intellect, mind, and ego completely, we cannot be united with God.

Therefore, we need to practice such Sadhana or meditation that keeps our mind free from thoughts and makes it pure as well. There are many ways and prevalent practices to achieve this state and thus achieve unity with the divine power. There are some in which the seeker is the doer. That is why such practices are called Kriya Yoga.

Apart from this, there is another type of sadhana, where the power of the Guru works. The Guru uplifts the seeker by connecting with him. The devotee doesn’t do anything but dedicates himself and becomes totally dependent upon his Guru for the progress of his spiritual journey. This is the sadhana taught by Guru Maharaj.

Pandit Mihilal Ji, a devoted discipline of Guru Maharaj, used to say that where there is nothing there is God. In our practice, a seeker does not have to do anything, because the doer can never go into the state of ‘nothingness’ if he must do something to be in that state.

Our Guru Maharaj’s practice here is of complete unconditional surrender called Samarpan. The seeker remains an observer of the process and connected with his Guru with full devotion and faith. However, this exchange of values and thoughts can only happen in the state of ‘Nothingness’ or the mind being free from any thought.

For this what we must do is keep our unwavering faith in our Guru while practicing our sadhana all along. This is because Guru is the doer and we are observers. The more we try to fight with our mind to keep control over our mind the slower will be our spiritual progress.  The biggest hindrance that delays our spiritual growth in our Sadhana is when we digress from being a observer to a doer and try to control our thought and mind by ourselves. 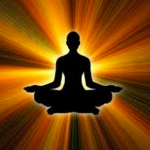 When our mind, intellect and ego become clearer and purer, and the propensity of thoughts become inward rather than wandering in the outer world, we ultimately reach a state  of ‘Nothingness’ and this is the stage when we unite with God and become his part. The last battle, however, is getting over our ego, which is the most difficult step and that is possible only by surrendering ourselves completely to our Guru.

There is a story of Sage Vishwamitra from Hindu scriptures, on this similar context:

Vishwamitra was an ascetic of very high order. But, he was not allocated the title of ‘Braham- Rishi’ the topmost position at that time in spiritual hierarchy . Guru Vashisth had the power or authority to designate someone as Brahma-Rishi and Vashishth was not satisfied enough to give Vishwamitra that title. Vishwamitra used to be very upset rather very angry with Vashisth because of this.

Although Vishwamitra was ascetic of the highest order and the effect of his tenacity and spiritual strength was visible all around, but his inner self was still not clear of ego. This had made Vishwamitra so revengeful and blinded that one day he got carried away and slaughtered all of Vashisth’s sons for not designating him Brahma-Rishi.

Vashisth remained unaffected because he believed that  he owned nothing and whatsoever he had actually belonged to his God or Guru. He attributed the death of his sons to the will of God or his Guru.  He did bear any malice towards Vishwamitra, because of whatever he did to his sons.

One day, Vashishth’s wife told him that they didn’t have any salt left in their house so he must eat without salt. Vashishth suggested that she could go to Vishwamitra’s hut nearby, and bring some salt. His wife was horrified with this suggestion and said, “What kind of man are you? How can you borrow salt from someone who has killed your innocent sons?

On this, Vashisth said, “I love Vishwamitra, the effect of his tenacity is as calm as the full moon night.” Vashisth’s wife said, ‘ Then why  don’t you make him a Brahma-Rishi?’  On this, Vashisth said,  “I want him to become Brahma-rishi, but his own thought process and ego is an obstacle in his becoming Brahma- Rishi.”

Now, while this conversation was taking place, Vishwamitra was right outside Vashisth’s house. He was so full of hate and malice that he had come there with an intention of killing Vashisth. Hearing this conversation between Vashishth and his wife opened Vishwamitra’s eyes, and he went into the house and fell at the feet of Vashisth and said that I am despicable and asked for forgiveness.

Vishwamitra asked Vashisth to teach him theology or Brahm-Vidya but Vashisth knew that he had yet to learn more and let go of his ego. So, he  sent him to go to  Lord Sheshnag (the Snake God) to gain Braham- Vidya.

Lord Sheshnag said, ” you may use all the power you have gained so far,  through your sadhana.”  Vishwamitra exerted his might but it had no effect whatsoever and again expressed his inability to hold on the earth any further. Then the Snake Lord said, “if you have ever associated yourself with any saint, use the energy you have gained through their presence.”

Vishwamitra said, “I have never associated myself with any saint and gained all my power through my own sadhana, but I have spent some moments with Vashisth so I will bear the fruit of that.”  Vishwamitra saw that the earth stopped pressing him down and he was able to hold the earth comfortably.

Vishwamitra told Sheshnag, the Snake God, “Now I am ready,  can you please teach me Brahma- Vidya now?“ Lord Sheshnag told Vishwamitra, that how foolish are you to ask me for this even after experiencing that you were able to hold the massive weight of the earth just because of the power you gained by being with Vashishth for just a few moments.

Vishwamitra’s remaining arrogance got destroyed on hearing this and he again came to Vashisth and prayed to teach him BrahmVidya. Vashisth  agreed this time.

Vishwamitra asked him,  “why you did not teach me when I met and prayed for your guidance earlier. Vashisth explained that at that time your ego and arrogance about your sadhana was not completely gone.  I sent you  to Lord Sheshnag so that you could let go off your ego completely.” On this Vishwamitra again fell to the feet of Vashisth who held him, hugged him and said that today I declare you Brahma-Rishi.

The truth is that theosophy or ultimate knowledge can never be achieved until and unless the underlying ego in us is completely destroyed thereby cleaning our inner self. This task is performed by the Guru only if we surrender ourselves to His will.

I am Arpana Shekhar based out of New Jersey, USA. I was born in a Satsangi family and my association with Satsang is pretty much as old as I am but I always feel like a newbie because there is so much to learn and unlearn. Trust on Guru Maharaj gives me strength to manage my life and family being oceans afar from parents. This feeling of being watched over by my Guru is very warm and precious. I work in finance/banking industry and I am a mother. I believe Satsang opens up a whole new perspective of life that helps in becoming better as a professional, home maker and above all as a human being.

The Main Qualities Which Endear a Person to God

Reigning The Mind With Focus